This page provides a sampling of full-fledged projects and applications based upon the MIXR platform. If you have a MIXR-based project in the works and want a little publicity about it, let us know. We will post information about your project and link to it. Just send us an e-mail with a description, images, and desired links and we will post the information here.

This application was demonstrated at I/ITSEC in the General Dynamics booth. It was designed to show MIXR working in a domain slightly different than flight simulation. The simulation itself has the Apollo Era Command Service Module (CSM) and Lunar Module (LM or LEM) in orbit around the Earth (ala Apollo 9). The operator is in control of the LEM and can rendezvous with the CSM. The mass properties and reaction control system jet forces are properly modeled for a basic demonstration of control. The to-do list includes: adding ECI and ECEF coordinate systems permanently to MIXR (currently alpha), plus a host of other additions including a multi-player mode. 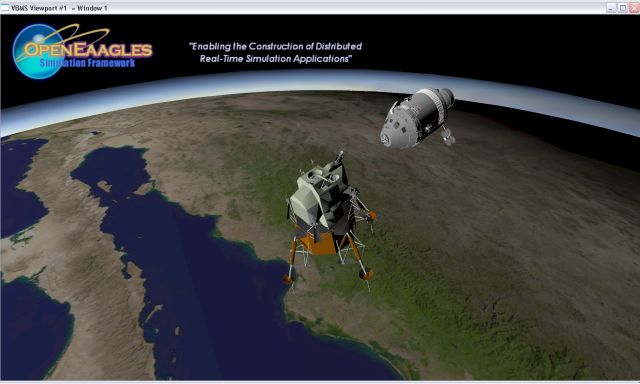 This simulation was shown at I/ITSEC and is freely available. Two applications are running. The first is providing the means to fly using the 3D-EADI as it’s a primary instrument (mainSim3). The second application is called SimpleOTW; it draws the visual scene using the Portland, Oregon database. 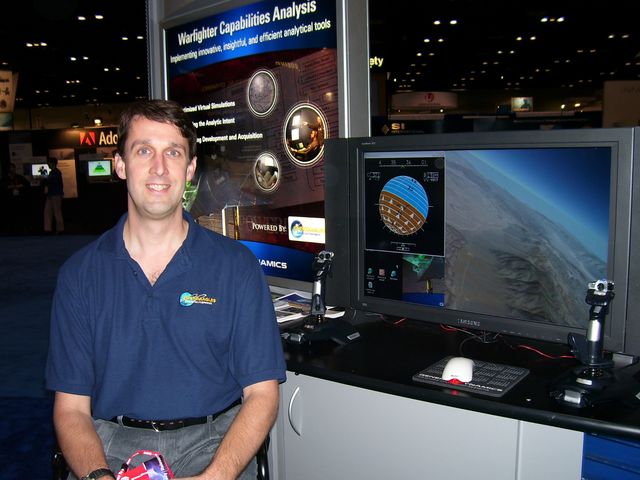 This application was build in “real time” at I/ITSEC 2006. It is designed to be a first-person shooter simulation in which you control a person that can walk and run around on the ground. When running with other simulated air and ground entities, it offers an interesting visual perspective of what entities dynamically moving around in the virtual environment. During I/ITSEC other aircraft being flown by pilots could land and interact with humans walking around in LifeForce. Using this application a person on the ground could literally “look up at the sky” and watch live combat in action. 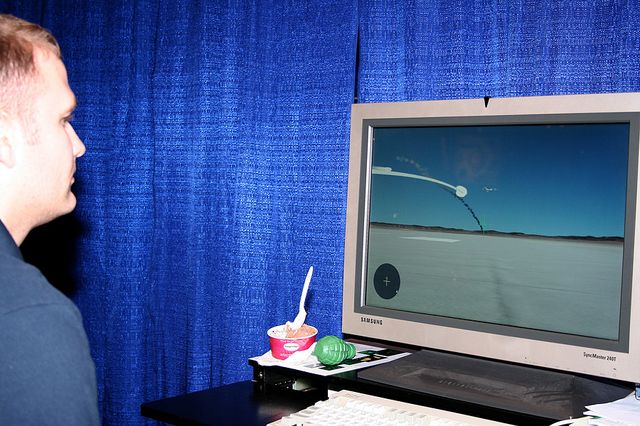