MIXR is an open source platform designed to support the rapid construction of virtual (human-in-the-loop) and constructive simulation applications. It has been used extensively to build DIS compliant distributed simulation systems. 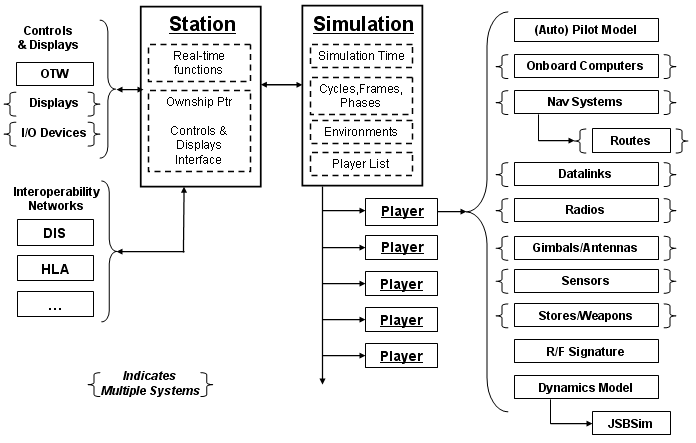 By providing abstract representations of system components (that the object-oriented design philosophy promotes), multiple levels of fidelity can be easily intermixed and selected for optimal runtime performance. Abstract representations of systems allow a developer to tune the application to run efficiently so that human-in-the-loop interaction latency deadlines can be met. On the flip side, constructive-only simulation applications that do not need to meet time-critical deadlines can use models with even higher levels of fidelity.

The framework embraces the Model-View-Controller (MVC) software design pattern by partitioning functional components into packages. This concept is taken a step further by providing an abstract network interface so custom protocols can be implemented without affecting system models. Examples include the Distributed Interactive Simulation (DIS) protocol interface. 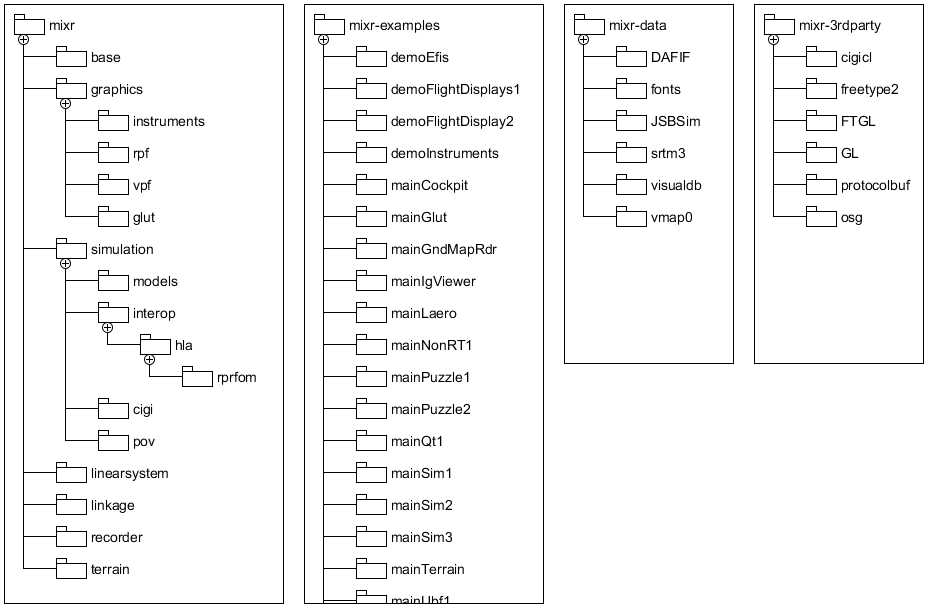 The framework and its distribution are organized into a series of packages as shown above. We utilize a number of other third-party open source tools such as Qt, FLTK and Fox for cross-platform GUI applications, and JSBSim as a high-quality flight dynamics model.